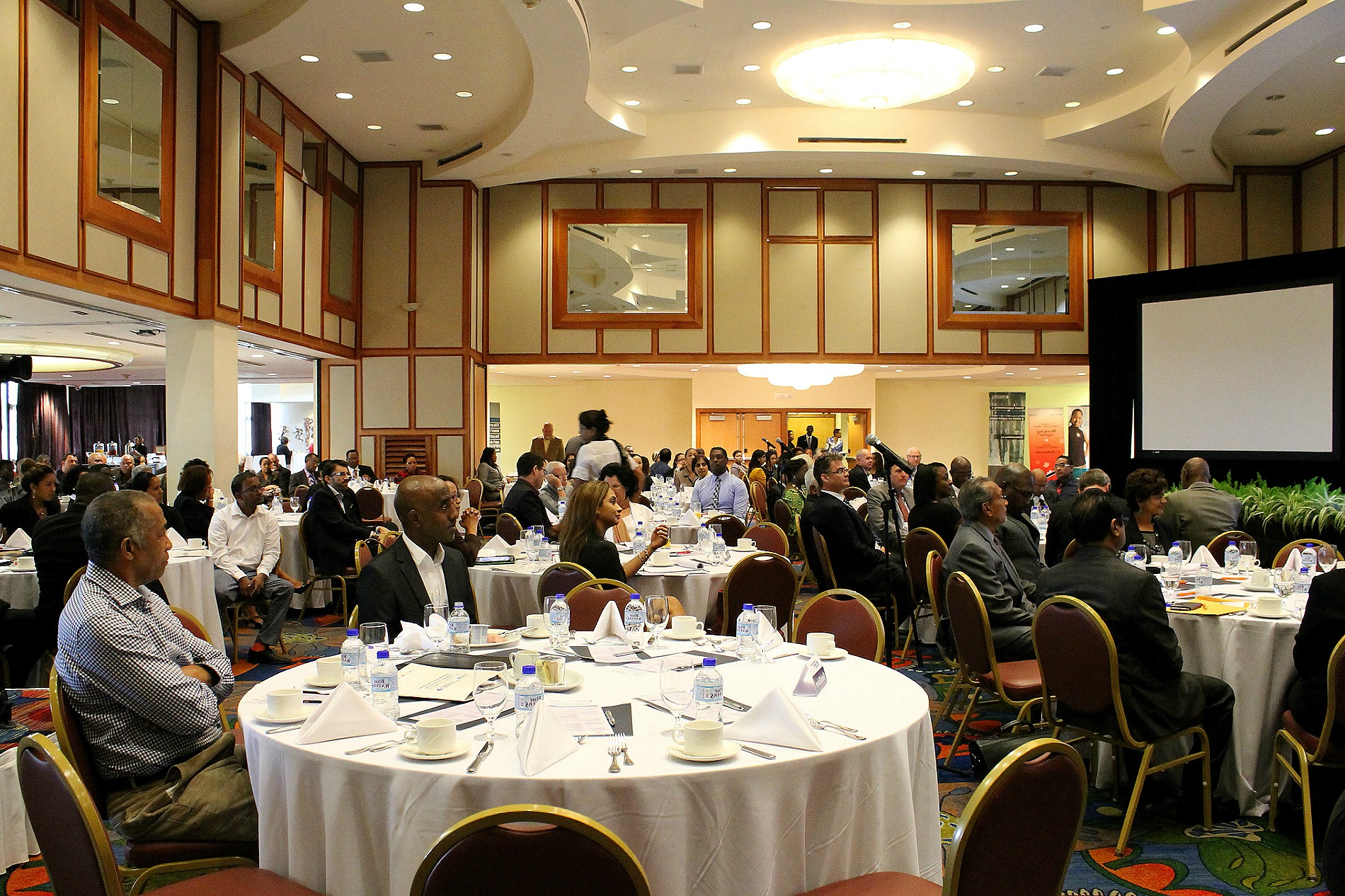 TTTI‟s Anti-Corruption Conference was held on November 1, 2011 at the Trinidad Hilton and Conference Centre. We were honoured to have the Minister of Housing and the Environment, the Honourable Dr. Roodal Moonilal present to give the opening address on behalf of the Prime Minister who was unable to attend the proceedings and the newly appointed Chairman of the Integrity Commission, Mr. Ken Gordon who gave brief opening remarks.

The Conference which was generously sponsored by the European Union and the Canadian High Commission, focused on issues including whistle blower protection legislation, integrity commission legislation and political party funding. Guests were treated to presentations from international speakers which included Allan Cutler and Bertrand de Speville and our local speaker Ms. Gillian Lucky.

Mr. Cutler, a Canadian, is known in Canada as “Whistleblower” for his role in exposing the “Sponsorship Scandal” and is an internationally acclaimed speaker and media commentator on ethics and governance issues. Mr. Cutler delivered a compelling address on whistleblowing where he spoke extensively about his experience as a whistleblower in Canada.

Mr. de Speville, since stepping down in 1996 as the Commissioner of the Independent Commission Against Corruption of Hong Kong, has advised governments and international organisations on various aspects of Anti-corruption policy and practice. Mr. de Speville gave a riveting presentation titled “Looking Back, Looking Forward” which focused on the operations of Integrity Commissions.

Ms. Lucky is currently the Chair of the Police Complaints Authority. Her presentation titled “Towards a Corruption Free Service” was an informal,

yet well delivered one which focused on the areas where Trinidad and Tobago can improve upon in order to promote an ethical protective service.

The panel discussion began with Professor Deosaran briefly introducing the speakers and outlining some of the topics that would be discussed. He underscored the importance of unlocking the link between justice and economic considerations and appealed to TTTI to highlight the imbalance for persons of different means seeking justice in the courts.

Professor Deosaran then introduced Dr. Ghany who spoke about three fundamental principles of democracy which were ministerial responsibility, parliamentary oversight and judicial independence. He surmised that when these principles are adhered to and utilised properly the country can benefit from accountability and proper protection of the public purse and can monitor the conduct of those who hold public office.

Mr. Reid contributed to the discussion by outlining the proposed Public Procurement Law which can tackle corruption. After giving a brief history of the law including its creation in 2006 to its introduction to parliament in 2010 as a legislative proposal, Mr Reid summarized that the Bill proposed an independent regulator, establishes offences, recommends tools and encourages Civil Society involvement.

Finally, Mr Cutler made his input on Public Procurement and emphasised the importance of ethics and law to shape the bidding process. He underscored the necessity of the public buyer being fair in order to encourage bidders.

TTTI is very pleased with the outcome of the Conference which generated much dialogue on the outstanding Legislation on Procurement, created renewed interest in the work of the Integrity Commission and further increased persons‟ understanding and awareness about anti-corruption measures such as Whistle blower legislation.

Following the Conference, TTTI has been approached by several Media houses to give additional information through interviews to further enlighten the public on Anti-corruption issues.